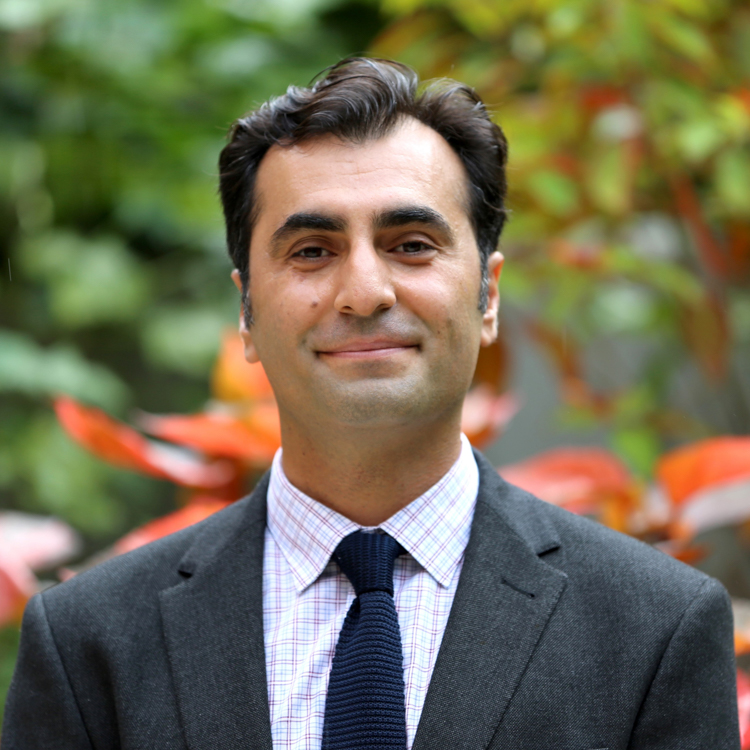 This course explores the structures and institutions of social inequality along the intersectional axes of class, race, and gender/sexuality by focusing on how these categories are socially constructed, maintained, and experienced.

As models of a perfect society or fictional contemplations of bleak futures, utopias and dystopias shed light on our present condition. This course examines utopian thinking and differing perspectives on state-society relations and the question of individual freedom within society through various materials such as political manifestos, movies, novels or poems.

This course focuses on everydayness as an object of inquiry. We will focus on the notions of habits, routines, tempo, rhythms, plans, schedules, programs as well as boredom, lack of spontaneity and surprise, anxiety, and familiarity. We will explore the intricate relationships between power, social space, and everyday life and web of rhythms, places, objects, and bodies.

Dr. Gündoğan received his PhD in Sociology from Binghamton University for his work on peripheral urbanization and satellite city formation in the Istanbul area. He also holds a master’s degree in political science from the Middle East Technical University in Ankara, and a bachelor’s degree in political science and international relations from Marmara University in Istanbul. His research interests stand at the junction of urban sociology, social movements, Middle East studies, and Kurdish and Turkish studies. He specifically focuses on the sociology of built environment, neoliberal urban governance in the Global South, urban renewal projects in low income neighborhoods, and community struggles for the right to the city.

He has published articles and book chapters on Kurdish political movement in Turkey, and anti-urban renewal mobilization in the peripheries of Istanbul. Currently, he is working on his book, provisionally titled Peripheral Urbanization and Urban Politics in the Istanbul City-Region. This work seeks to develop a holistic understanding of how the relentless growth of Istanbul – now classified as a third-tier global city – has formed and transformed its surroundings, and how the makers of peripheral cities, migrant laborers, have negotiated living and working conditions in relationship to the outlying status of their cities. His methodology combines urban ethnography, archival research in official archives and local and national periodicals, and governance and policy analysis.

Dr. Gündoğan has taught at both large research universities and selective private liberal arts colleges in diverse settings in both the U.S. and Turkey where he has worked with students from many different backgrounds. Prior to coming to FSU, he held assistant professorships at University of Michigan-Flint (2013-2014) and Mardin Artuklu University (2014-2016) in Turkey. In 2016, alongside many Academics for Peace from Turkey, Dr. Gündoğan and his wife (an FSU faculty of History) signed a petition to protest the Turkish state's violence against Kurdish civilians in Eastern Turkey. After losing their positions and eventually leaving Turkey due to the Turkish government's purges in early 2016 following this petition, Dr. Gündoğan took a visiting researcher position at Cornell University's Mario Einaudi Center for International Studies (2016-2017) as a fellow of the Institute of International Education-Scholar Rescue Fund (IIE-SRF). During the 2017-2018 academic year, he taught courses on sociological theory and urban sociology at FSU's Department of Sociology as a visiting assistant professor, again as an IIE-SRF fellow.  Since Fall 2018, he has taken an integral role in the development of a new Honors Program curriculum under FSU’s Undergraduate Studies.

(To learn more on the IIE-Scholar Rescue Fund,  please read the 2020 publication of Beacon of Hope: IIE's First 100 Years of Scholar Rescue.) 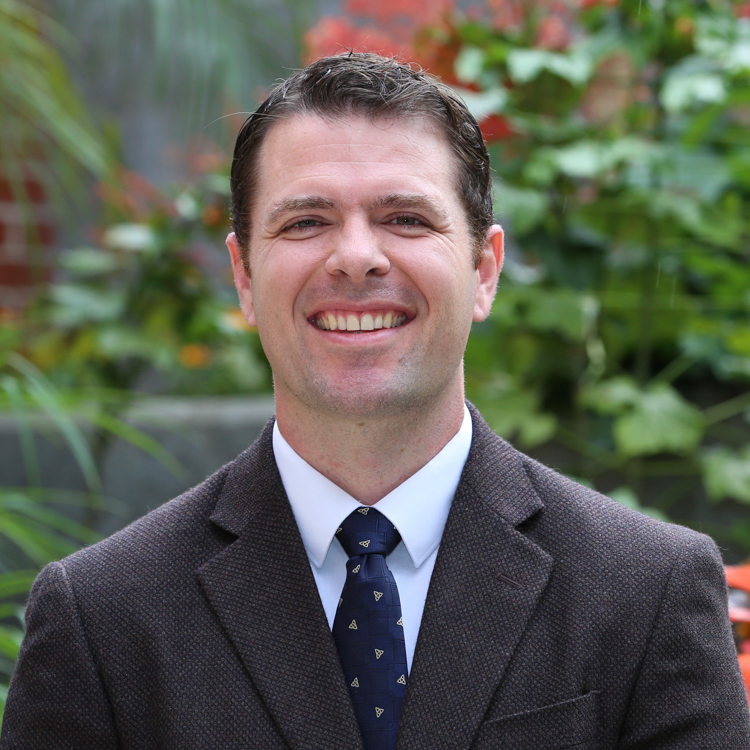 By addressing issues such as free speech, sexual mores and identity, and compulsory military service, this course examines the ways that religious norms and practices across the globe sometimes come into conflict with the norms of liberal democracy.

HUM 2937 RACE AND RELIGION IN AMERICA TODAY: THE LEGACIES OF THE CIVIL RIGHTS AND BLACK POWER MOVEMENTS

From justifications for slavery, to abolitionism, to the civil rights and black power movements, to the issues of today, religion has played an important role in race and politics in America. This course explores the ways that appeals to religious concepts and identities have influenced those politics.

This course uses superhero mythology as a lens through which to view the historical development of ethical norms in the United States since the late 1930s. Students will learn how to unpack the ideological meanings of these stories while thinking critically and constructively about the political, historical, philosophical, psychological, and religious ideas that are reflected in the mythology.

HUM 2937 us and them: navigating disagreements in a polarized society

Contemporary society is deeply divided along political, cultural, regional, religious, racial, and socioeconomic lines. This course will help students to both understand the sources of those divisions and develop strategies to navigate our polarized society.

Ross Moret received his Ph.D. from Florida State’s Department of Religion where he studied in the Religion, Ethics, and Philosophy program. Professor Moret’s teaching and research interests focus on Christian and Muslim political ethics, and he is particularly invested in understanding the ways that social science can contribute to our understanding of how norms are developed, maintained, and challenged in group life. His work on politics, religion, and ethics has appeared in The Journal of Religion and Society and Soundings: An Interdisciplinary Journal. He grew up in South Dakota, but before coming to FSU Professor Moret earned graduate degrees from Florida Atlantic University, Valparaiso University, and Princeton Theological Seminary. When he isn’t teaching or doing research, he enjoys spending time with his wife and two sons, coaching baseball, traveling, or seeing a good movie. 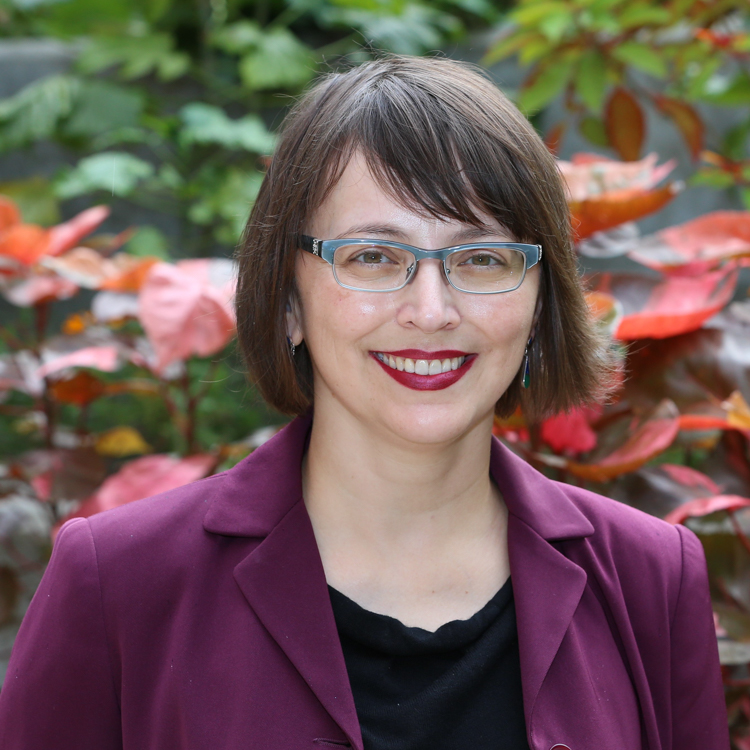 By focusing on the roles that domestic workers, factory workers, and sex workers play within the global economy, this course engages feminist debates about the ethics of globalization, the challenges of transnational activism, and the potential complicities of U.S. citizens in maintaining global structures of inequality.

This course explores how U.S. intellectuals, artists, and activists have responded to the devaluation of black and queer lives by creating radical visions of freedom that call into question the foundations of our social, economic, and legal institutions.

This course will examine the history of U.S. empire by analyzing how popular culture has depicted, supported, or challenged American expansion and interventions abroad.

What is the role of youth subculture in challenging and reproducing structures of inequality? We will address this question by examining how youth subcultures are embedded within their particular sociohistorical contexts, indexing not only intergenerational difference but also changing race, gender, sexuality, and class relations.

Christina D. Owens received her PhD in Cultural Studies at the University of California, Davis, where she also completed a Designated Emphasis in Feminist Theory & Research. Professor Owens is from rural South Carolina and is coming to FSU after teaching interdisciplinary courses in American Studies and Women’s, Gender, and Sexuality Studies in California, Ohio, and New York (at UC Davis, Miami University, and Vassar College). Her research explores the intersection of race, class, gender, and sexuality within contemporary U.S.-Japan relations. She is working on a book project that examines how native English teachers in Japan highlight the contradictions of contemporary U.S. imperial power through the transnational mobilization of white male victimhood discourses. Her other research interests include feminist pedagogy and transnational media studies. Her scholarship has been published in American Quarterly, Transformations, American Studies, and New Global Studies. Professor Owens enjoys collecting vintage fashion, engaging the arts, and traveling the world. 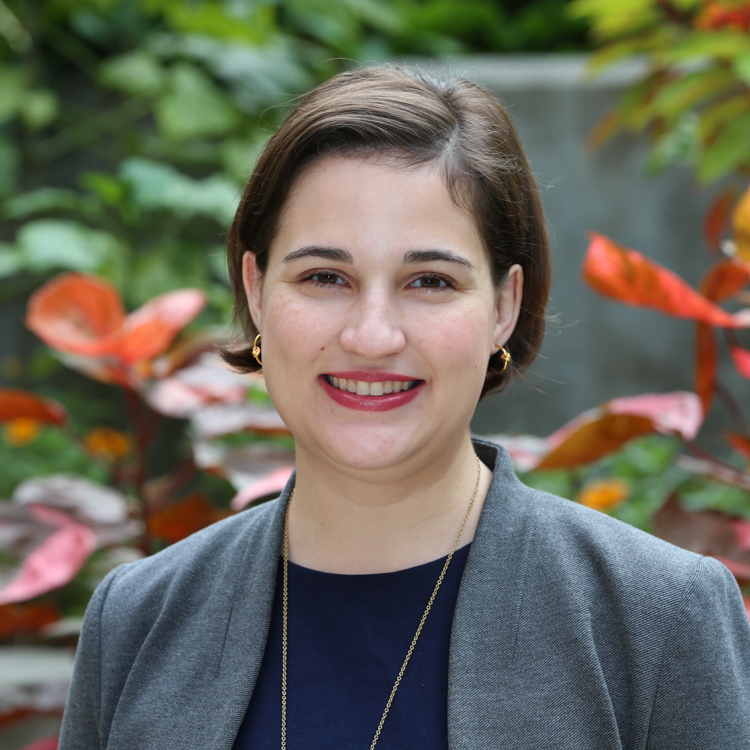 In this course we explore the musical style, themes and cultural impact of British Musical Theatre ranging from the 1920s to the present. As we explore musicals by figures such as Noël Coward (Bitter Sweet), Lionel Bart (Oliver!),  Andrew Lloyd Webber (The Phantom of the Opera), and Billy Elliot (Elton John and Lee Hall), we will consider how the musical reflects or challenges British cultural norms. We will consider outside forces of influence on the musical, including government censorship, the economics of the musical, nationalism, transnationalism,  and cultural criticism. We will also consider how these ideas are relevant to our own culture, and ponder the ways in which the West End musical has shaped theatre and culture around the world, including that of the American theatre.

This course will explore musical theatre during the Weimar Republic years (1918-1933) and its relationship to politics, censorship, and collective identities such as nationalism, religion, gender, sexuality and ethnicity. Primarily focusing on the musical theatre works of Bertolt Brecht and Kurt Weill and the vibrant cabaret scene that so influenced their work, we will discover the ways in which representations of identities and freedom are expressed both on and offstage. In turn, we will see how the artistic ideals of this era resonate with our understanding of creative freedom and performative identity today.

IDH 2130 Staging identity and difference in the american musical theatre

This course will explore canonic American musicals ranging from the 1920s- present that demonstrate evolving views of difference and identity onstage. As an artistic medium, musical theater crosses all boundaries of identities including class, race, gender, sexuality, disability, religious identity and nationalism. We will consider the historical background performance of these canonic musicals and the ways in which these performances reflect their cultural context. We will also consider the musical as a point of critique that challenges assumptions and ponder the cultural significance of the American musical more broadly.

Dr. Arianne Johnson Quinn holds a Ph.D. in Historical Musicology from Princeton University, an M.A. in Music and Women's and Gender Studies from Brandeis University, and a BA in Music from the University of New Mexico. Her work focuses on the cultural, political and musical intersections between the American and British musical in London’s West End from 1920-1960, particularly the work of Noël Coward, Lerner and Loewe, Cole Porter and Rodgers and Hammerstein. She has published articles and book chapters on the reception of the postwar American Musical in London in such journals as Studies in Musical Theatre and New England Theatre Journal, and is currently writing a book on the history of the British and American musical at the Theatre Royal, Drury Lane, one of Britain’s most significant theatres. Other research areas include Native American music of the Southwest, musical semiotics, the history of opera, and gender and sexuality. She is an active member of the Association for Theatre in Higher Education, the Society for American Music, and the American Musicological Society. A pianist and singer by training, she also performs with local ensembles including the Tallahassee Bach Parley.