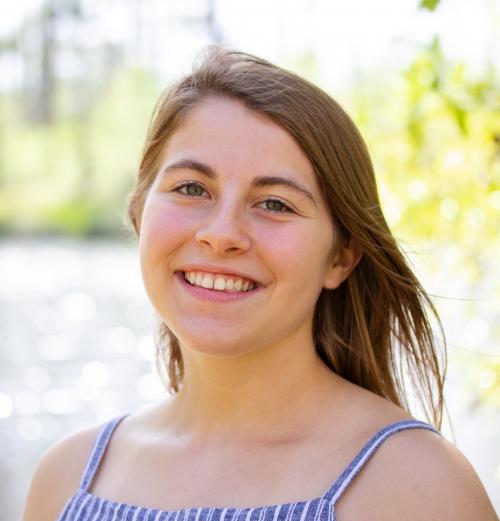 What is the most rewarding part of this project?

"The most rewarding part of this project was simply knowing that I have the ability and motivation to successfully conduct archival research and contribute to a blog that is now published on the New York Public Library's website. This was the first time I and many of the other collaborators had ever conducted archival research and I was proud of the quality of the final product. It was amazing to work with Dr. Doug Reside and have access to the New York Public Library's Digital Archives. To work with such knowledgeable individuals such as Dr. Reside and Dr. Arianne Johnson Quinn was wonderful and to see their reactions to the final product reassured my confidence in my ability to conduct and utilize archival research.

What was the weirdest or most humorous item/fact you discovered about your chosen topic?

The weirdest, most disturbing thing that I discovered was the appearance of a performer in R.H. Burnside's production, Good Times. The performer was Joe Jackson, an Austrian cycling champion who decided to create his own comedy act after he accidentally removed the handlebars from his bike once during a competition. While the seems fairly unthreatening, Joe's appearance was not. His stage appearance included disturbing clown makeup and wardrobe. The bottom half of his face was covered in dark makeup and the smile he donned was unsettling. His appearance was more frightening than any other clown or circus performer I have ever seen."